Nokia is back and better.

From basic phones to Java, Symbian, Windows, and now, Android phones. Nokia has never let us down.

The company recently announced the return of the legendary Nokia 3310, mother of all phones. It made the phone even stronger and better to suit modern times. 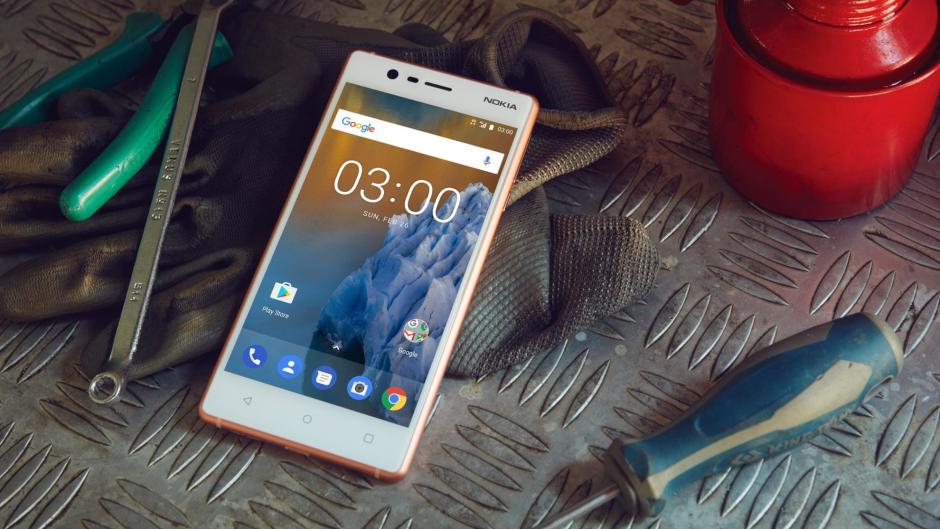 Now, the company is rolling out new Nokia smartphones to compete with other brands’ flagships, like the Samsung Galaxy phones.

In this post, I list the latest Nokia Android phones with their prices, specs, and features based on time of release, popularity, and availability in major online stores in Nigeria.

Take advantage of the comment box to let me know if there’s anything you’d like me to include in this post. I’ll try my best to do that.

This is a budget phone. So don’t expect anything spectacular from it like the other Nokia Android phones.

The body is a mix of both metal and plastic. I love that the display has a Corning Gorilla Glass protection.

The small ROM isn’t really a problem since you can expand it to get more space. But 1GB RAM might be too small for a heavy user. Multi-tasking and high-definition gaming may cause some lag. Overall, the performance is on the average as it did well on Antutu benchmark.

For a phone of this price range, the camera isn’t bad. The battery life is awesome; it powers your phone for a long time before you’ll need to charge it again.

This phone is unique. It’s the first from the company to feature a combination of glass and aluminum build. And also the first to feature a rear-mounted fingerprint. It comes with 3D glass technology and the frame is made of 7000 series aluminum.

The build is awesome and the design looks slightly different from the others. The screen is protected by Corning Gorilla Glass 3.

You may be disappointed that it comes with Android 7.0 Nougat out of the box. Don’t worry, the company promised to provide an upgrade to 8.0 Oreo.

Nokia 7 is a good choice for a rough person. The splash-proof prevents it from water damage. But don’t be too confident to allow it stay in the water for long.

The phone also features what the company calls dual side technology, which is also present in Nokia 8. It allows you to use the front and back camera to capture images and take videos at the same time. You can also use it for Facebook live videos.

This the best Nokia phone released in 2017. It is a top-notch well-built quality phone crafted with durable aluminum. The device is huge, not too flashy and comes with curved edges. Don’t get too excited; the phone isn’t perfect. The camera bump at the back makes it wobble when you keep it on a flat surface. This isn’t a big problem, though.

The fingerprint scanner, which can be used to unlock the phone or wake it up, is mounted at the front – below the display. It’s not the fastest compared to other rival phones. Nokia 8 is resistant to splash but not fully waterproof. So, don’t get too careless.

The quick charger that comes with it boosts the device from 0% to up to 50% in 3minutes. This was tested and confirmed by a 3rd party review. One other major selling point is the Snapdragon chipset that prevents the phone from getting even warm after a rigorous use.

Nokia 8 features superb front and back cameras that give well-detailed images with vibrant colors. The cameras can be used for bothie. Bothie is using both the front and back camera at the same time and being able to view the images using the split-screen feature. Note that the audio from bothie isn’t really cool on this device.

Nokia 3 is like every other average phone with its pros and cons. The device sports metal frame with a plastic back. You can hold it conveniently with one hand because it’s not too huge.

It comes with a display that’s got the Gorilla glass protection but somewhat looks like plastic. The screen is bright enough to be enjoyed for outdoor use. All you need to do is to adjust the brightness and you’re all set. The device doesn’t have a fingerprint sensor like budget Tecno phones. But it does pack a speaker that’s loud enough and cool.

The front and back camera capture images with vibrant colors but don’t give much detail. And the auto-focus is somewhat slow.

In the battery department, the phone lasts longer when used for calls, browsing, and other purposes. But it doesn’t last long enough when on standby. This is indeed surprising. Also, it doesn’t come with a quick charger. Reviews show that you’ll get up to 50% charge from 0% in 45 minutes. Overall, the phone is okay but not the best choice for its price range.

There isn’t much difference between the design of this phone and its brothers. It’s made of solid aluminum and sports round edges with a smooth back. The size isn’t too big to be comfortably handled with one hand. So, you have nothing to worry about if you have small hands.

It also has a camera bump at the back just like the Nokia 8. This may be upsetting to some people but I don’t think it’s a big deal. I appreciate that it comes with a front mounted fingerprint reader that doubles as the home key. You won’t need to put your index finger on the back to unlock it, like on some phones.

Nokia 5 doesn’t have the best contrast ratio in the world but it’s cool for outdoor use; it has a bright display but the dark isn’t very dark.  The display has a Corning Gorilla glass for a better protection. This is good for people who aren’t careful enough. The phone doesn’t have a notification LED, type-c USB port, and isn’t dust or water resistant.

The software of Nokia 5 is quite basic and isn’t very much customizable. But it comes with a pretty cool snapdragon chipset and a processor that makes 3D games seamless. This has been confirmed by real-life gaming reviews. Long battery life makes gaming even more enjoyable on this device. But the battery has been found to drain faster while on call. Also, charging is a bit slow with just about 29% charge in 30 minutes.

Front and back cameras are cool. They produce detailed images with vibrant colors; although, you notice a little visible noise. The front camera has a reasonable wide angle and the back one is good for high-quality videos.

Nokia 6 comes with a front mounted small-sized fingerprint sensor that doubles as the wake and home button. The sensor is positioned below the screen and is surrounded by two buttons which are back-lit. It sports a solid metal body with a fine texture. The display has great brightness, contrast, and sunlight eligibility.

Unlike its successors, Nokia 6 isn’t fast enough even though it houses a Snapdragon chipset with an octa-core processor. High definition games on this device won’t be as fast as they should. It’s not the best choice for you if you’re a game lover.

The speaker produces clear sound, but don’t expect anything spectacular.

Software-wise, the device packs Google features with Nokia overlay, which seems basic. Nokia loves keeping it simple. It’s not the best choice for anyone who wants unique features and customizations. The battery life is fair; don’t expect an outstanding performance as you would using phones with long battery life.