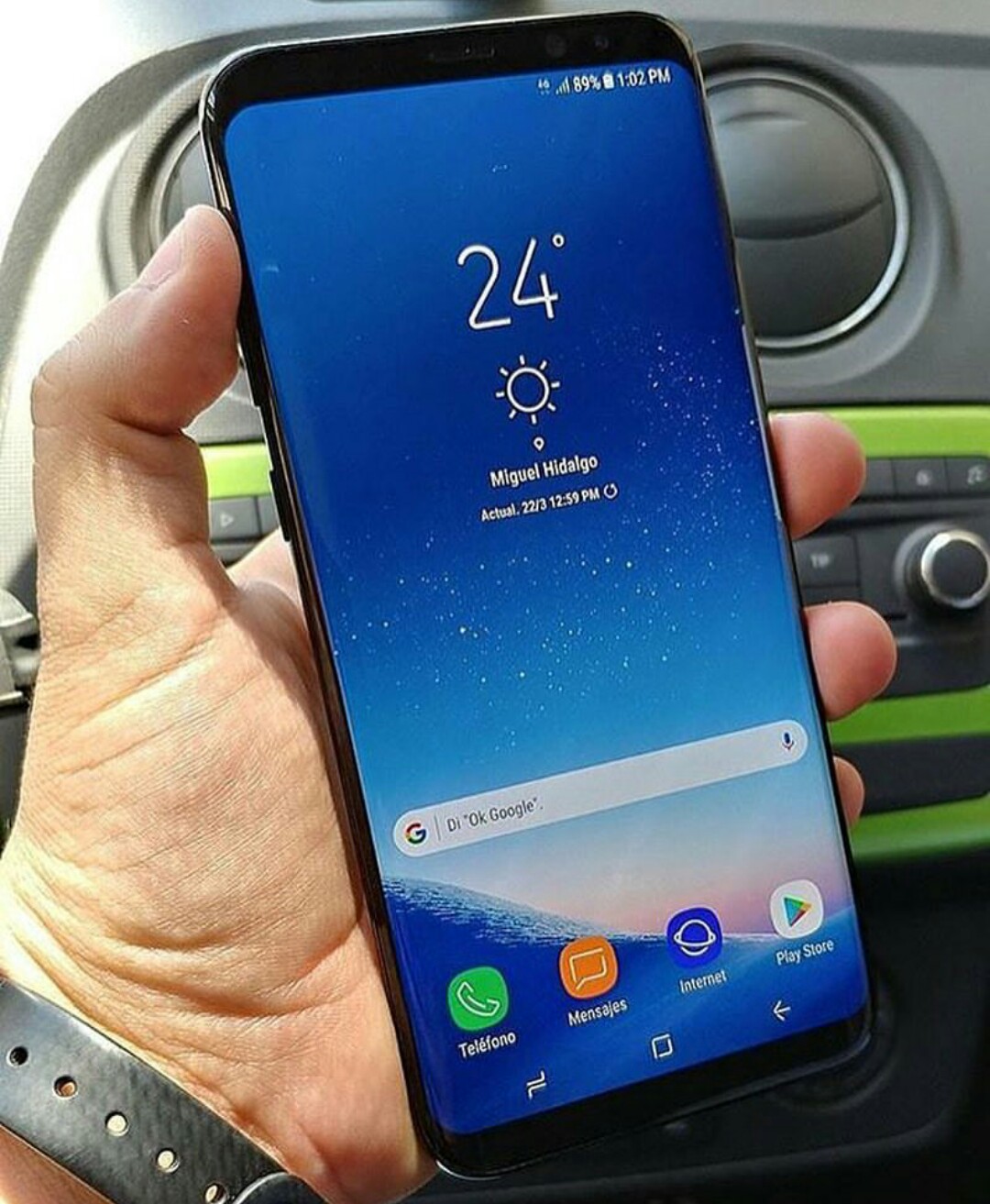 In the final countdown towards its official unveiling, the Samsung Galaxy S8 has been constantly leaked. A veritable onslaught of information regarding their design, their colour options, their hardware and everything in between has been devoured by us and today we bring you, yet another leak. This time pertaining to it being captured in the wild along with a rather blurry video demoing Samsung’s latest A.I. Assitant Bixby in action.

This leak comes courtesy of LeaksArena, who have kindly provided some live photographs of the Galaxy S8+ in the wild. The device in question is the Orchid Grey coloured variant. As you can see from the images, the Galaxy duo due to being composed mostly of glass in the front are going to be attracting a lot of smudges and fingerprints. We once again get to look at the almost non-existent bezels and the generous smattering of sensors on the front fascia of the device. And for the first time in what seems like forever, a Samsung flagship does not have a physical Home button.

Apart from this, we see Samsung’s own stab at the personal assistant A.I., Bixby in action. Courtesy an exceptionally short and blurry video. The Samsung Galaxy S8 series will be the first flagship to be announced with the Qualcomm Snapdragon 835 SoC coupled with 4 GB of RAM and 64 GB / 128 GB of internal storage. The display is a Super AMOLED panel sporting a 1440 x2960 resolution. The front of the device is protected by Corning’s latest Gorilla Glass 5. The display also supports 3D Touch. Samsung is also touching up the camera hardware by putting in a 12-megapixel sensor with an f/1.7 aperture, support for PDAF, optical-image stabilisation and an LED flash. The selfie shooter up-front is an 8-megapixel sensor with the same aperture as the rear camera with a built-in HDR module. Finally both smartphones are running on a recent flavour of Android, v.7.0, Nougat.