Chinese manufacturer Xiaomi is a jack of all trades. It makes a variety of connected gadgets, including TVs, toothbrushes, scooters, and even kettles. Yet, we know it mostly as a smartphone maker, and it’s now the fourth-largest in the world. It’s reached those lofty heights thanks to a simple promise: quality hardware at rock-bottom prices, and its flagship Mi 8 lineup is a prime example of that.

Now that Xiaomi is officially selling products in the UK (ahead of a possible attempt to do so in the US), it means we can take a closer look at the phones. The Mi 8 starts at just £459, with the Pro model going for £499. Compared to a base model OnePlus 6T (£499), the Mi 8 offers many of the same specs — Snapdragon 845, dual rear cameras, and more — while also adding infrared face unlock. For the exact same price, the Mi 8 Pro matches the 128GB of storage and in-display fingerprint scanner and throws in an extra 2GB of RAM (8GB in total). So, it’s clear who Xiaomi is trying to compete with here, but are these phones up to the task?

I mostly used the Mi 8 Pro during this review, but you can assume all of the same points apply to the cheaper model unless stated otherwise. 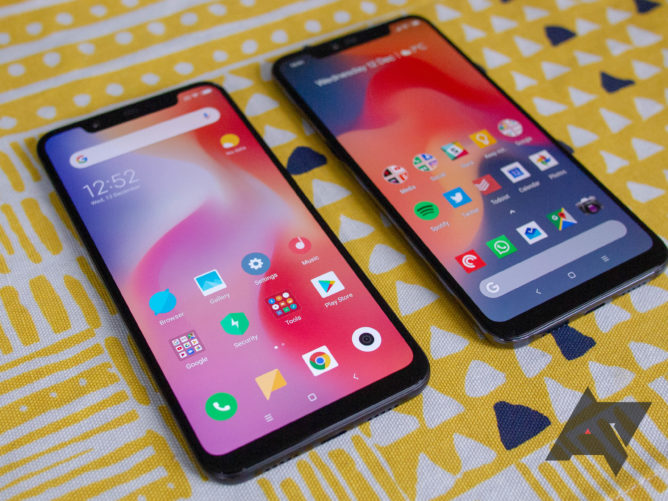 Hardware, design, what’s in the box

Aside from the boundary-pushing Mi Mix series, Xiaomi is known for copying the best design choices of its rivals. This is somewhat cultural since Chinese consumers seem intent on purchasing phones that look like iPhones but cost much less. The Mi 8 series phones retain some borrowed characteristics, such as the general aesthetic and camera module design, but that’s not to say they aren’t good-looking handsets. 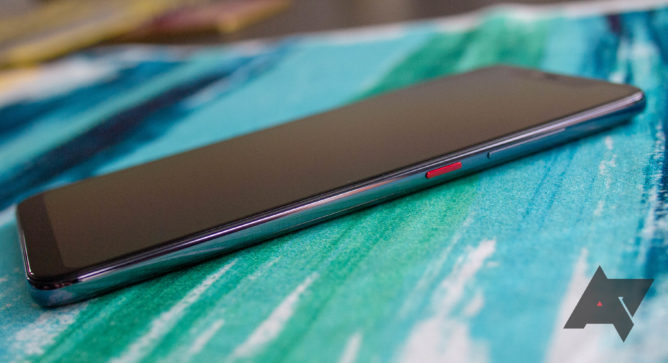 Even the eye-catching transparent back showing the supposed internals of the Mi 8 Pro has been done before. It looks great, though, even if we know it’s just an illusion rather than the actual components we’re seeing. Cringeworthy slogans such as “Be the coolest company in the hearts of our users” and “Always believe that something wonderful is about to happen” adorn some of these parts, but are thankfully small enough to go unnoticed unless you point them out. The subtle purplish hue on the sides goes nicely with the red power button, making for a classier finish than some recent phones. The same red tint can be found around the camera lenses and inside the Type-C port — both nice touches. Sadly, only one of the two speaker grills either side of the port is functional — the other is just for symmetry — and there’s no earpiece speaker to offer stereo sound. It’s not super-loud, but it’s adequate. 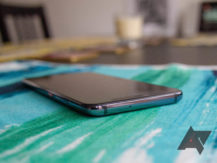 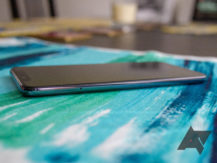 The Mi 8 Pro from all angles.

While unoriginal in design, the build quality here is impressive. The Mi 8 Pro is a little thicker due to the in-screen fingerprint sensor and the fake components, but both feel slender enough and have a nice weight to them. Despite all that glass, there’s no wireless charging. The front of the phone will put many off, but the sizeable notch can be explained by the IR face unlocking hardware crammed into it, while the large chin is perhaps less excusable. Still, next to a Pixel 3 XL, it doesn’t look quite so bad. 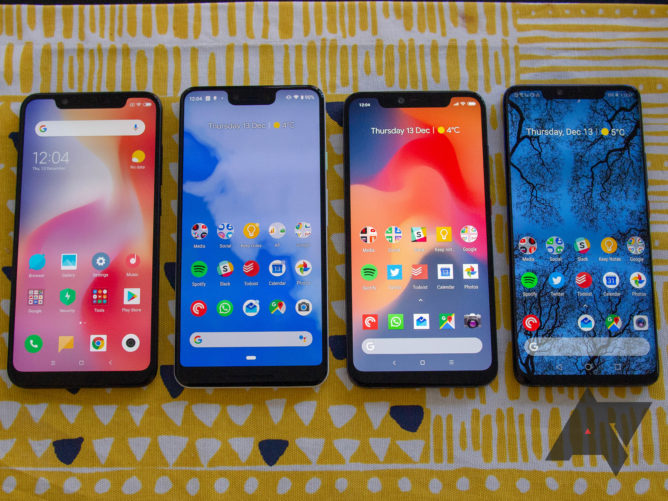 The screen on both phones is the same 6.21-inch AMOLED (2248×1080, 402 ppi) panel with an unusual ratio of 18.7:9. It can apparently get up to 600 nits, and it’s definitely bright enough. The display is of decent quality with no imperfections that I can make out. If there is one huge negative point for the design and build, it’s the lack of waterproofing. Not having an IP rating is one thing, but Xiaomi doesn’t mention water or dust protection at all, which is a worry. 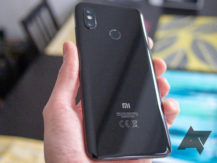 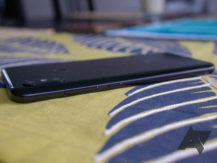 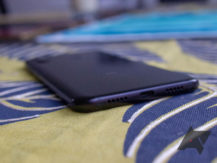 The regular Mi 8, which was rather hard to photograph thanks to that shiny rear.

Both phones come with the same accessories in the box, consisting of an 18W charging adapter, USB Type-A to Type-C cable, and headphone jack adapter. There’s also a TPU case which is thin and transparent, showing off the Mi 8 Pro’s pretty back. 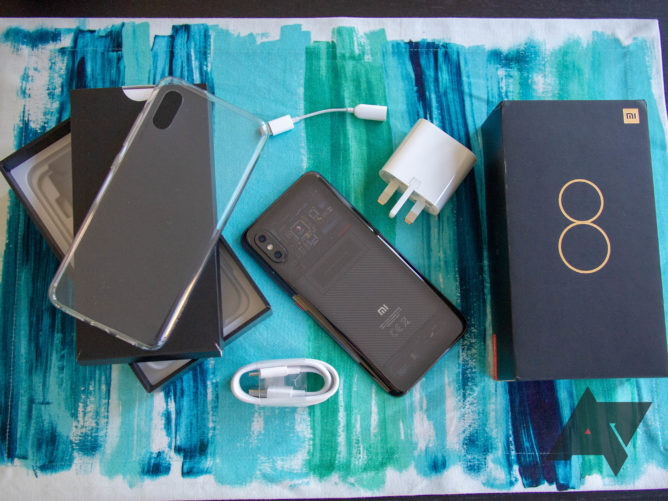 Google, Huawei, and Samsung still lead the way when it comes to phone cameras, but the trailing pack has closed the gap substantially in the last year or two. Naming the OnePlus 6T our Smartphone of the Year is a testament to its imaging improvements, and the Mi 8 cameras (the same on both phones) are further examples of cheaper hardware producing excellent results. Take a look at some of my shots below. 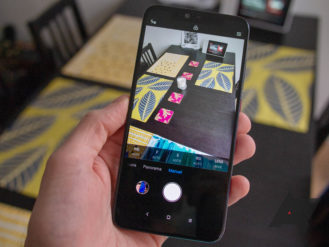 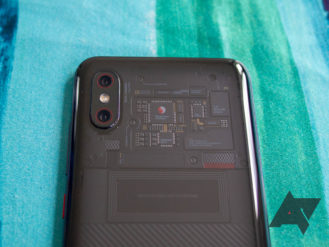 Xiaomi put two 12MP sensors on the back, with the secondary telephoto lens offering 2x optical zoom. The cameras really shine in well-lit environments, providing a surprising level of detail along with good contrast and color reproduction. So long as you don’t have the beautification settings turned on, the post-processing isn’t too heavy-handed. Automatic HDR and AI scene selection also help to make sure you get the most out of any given scenario, and shots in low light also came out much better than I ever expected them to.

As you may have noticed, my first few photos had an annoying watermark which really shouldn’t be on by default. Full manual settings are there for those who know what they’re doing, and for the Instagram generation, there are plenty of bokeh and front-camera face-altering options available. Video recording (in up to 4K at 30fps) utilizes OIS well, and slow motion up to 240fps is on board too (960fps slow motion will arrive in a future update, along with a new night mode). All-in-all, the cameras are a triumph especially when you consider the price of these phones.

The greatest weakness of the Mi phones is the software. MIUI is simply not as intuitive or well-organized as Google’s Android (Pixel or Android One), nor is it as easy on the eye as OnePlus’ Oxygen OS or other lighter skins. Mi Fans will no doubt disagree, having seen MIUI improve immeasurably in recent years, but it still has some way to go. 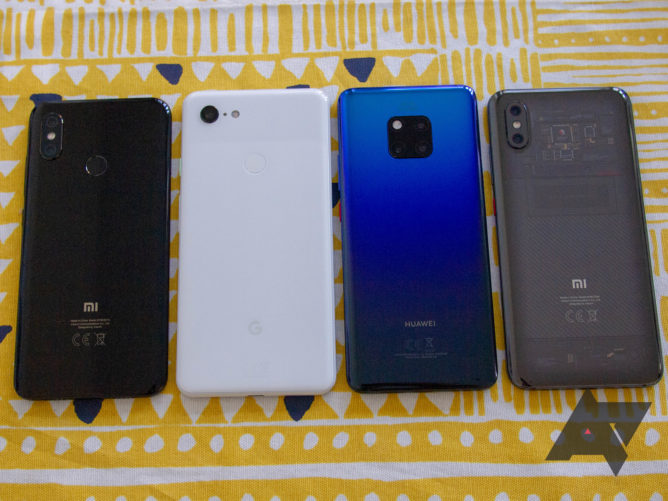 Since I started using the Mi 8 Pro I’ve had a major update to MIUI 10, but it’s still built on top of 8.1 Oreo — Pie is apparently coming soon. As it is now, I’ve had to contend with not having any notification icons, only seeing lock screen notifications for the newest alerts, and an alarm that cannot be dismissed without unlocking. Since the latest update, turning the screen off and on again will cause the alarm to appear without unlocking, but this is not consistent at all.

To compound the alarm issue, the fingerprint sensor is not accurate enough. It’s worse than both the OnePlus 6T and the Huawei Mate 20 Pro. It’s fast enough when it does work, but it often fails to recognize my thumbprint — which is maddening when you’ve just woken and are desperately trying to silence the alarm. Face unlocking via the IR sensors is a little bit more consistent, but it still occasionally fails in low light and is missing a setting to allow you to see your lockscreen before swiping up to open the phone.

Why are those player notifications so big? Why the iOS-style brightness bar?

Notifications have certainly improved since the phone got MIUI 10, but it’s still a second-class experience. You can finally snooze alerts until later, but only if you swipe left; swiping right dismisses and nothing else, and since I mostly swipe my notifications away to the right, it took me a long time to realize snoozing was even an option. Other bugbears in no particular order: you can’t uninstall or hide duplicate apps (such as Xiaomi’s own calendar or contacts apps), the DND quick settings icon makes it look like Night Light and it clashes with toggles for silent and vibrate (which don’t reset to past state when you use DND), face unlock wasn’t available out of the box, the last update messed up customizations to things like quick settings, and always-on display doesn’t work at all. I could go on about problems I have with MIUI, but luckily, Rita has already written a whole post about some of the worst aspects of it. 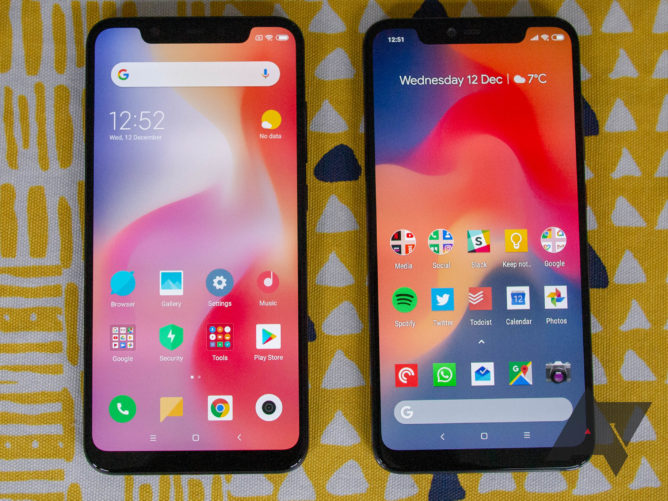 My many criticisms aside, this is still Android underneath it all, and lots of the good stuff shines through. Performance overall all is incredibly nippy and with 6 or 8GB of RAM, there’s never going to be an issue with memory. Battery life could, and probably should be better, though. The Mi 8 Pro has a capacity of just 3,000mAh, which led to a couple of touch-and-go moments where I thought it would die before I got back home late in the day — after heavy use, it must be said. On average, the battery life was just okay. It’s probably not a selling point, but it could be worse. The Mi 8 has a 3,400mAh cell that fares much better, so if battery life is a key concern for you, that might be the one to go for.

Maybe. It’s impossible not to compare to the Mi 8 and Mi 8 Pro to the OnePlus 6 and 6T – the prices and specs make that inevitable — so that’s been my biggest consideration. Both OnePlus phones are arguably better looking, at least from the front. If you really dig the translucent back of the Mi 8 Pro, that could be reason enough to get it. Xiaomi’s software is undeniably worse, but not to the extent that most people will have a problem with it. If you use other Android phones a lot, as I do, the issues will be magnified. Performance is strong in both camps, and the cameras are good enough, but battery life is certainly better in the OnePlus models. I would say that if you’re used to other Android brands, OnePlus is the easy option. If you’ve owned Xiaomi phones in the past, you would be more than happy with either the Mi 8 or Mi 8 Pro — they represent the company’s most refined flagships yet. 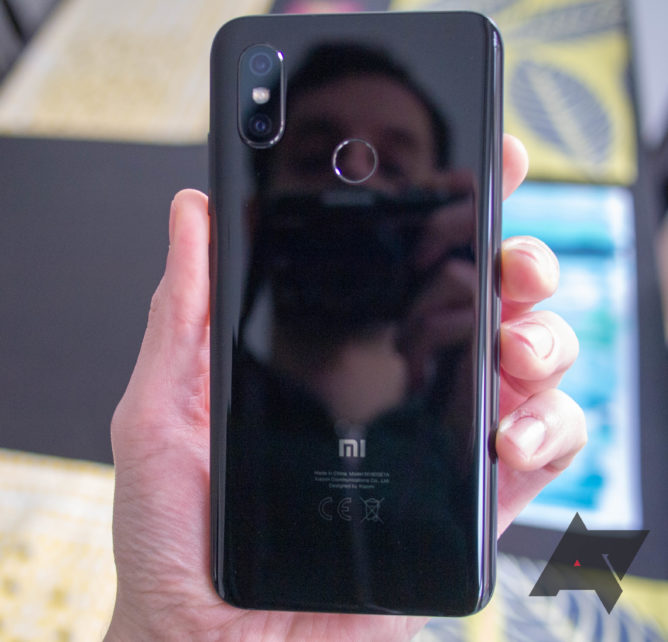 Ultimately it might come down to price, and the standard Mi 8 is the cheapest of the lot, doesn’t rely on the inconsistent in-screen fingerprint reader, and has better battery life than the Pro model. For those reasons, I’d probably recommend the Mi 8 ahead of its costlier sibling. In all honesty, though, if you can spare the extra pennies, the OnePlus 6T is probably the better choice right now. In fact, the OnePlus 6 has been heavily discounted since Black Friday (£399 in the UK right now), so that represents the best value for money in this segment at the moment. If Xiaomi can build on these efforts, however, the future is looking pretty rosy. 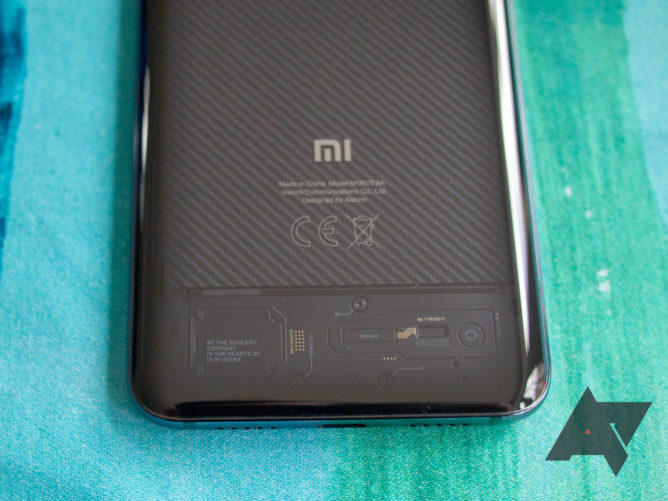