For an average user, Google is just a search engine giant, the company behind Gmail and YouTube and someone who is responsible for the bunch of apps that come pre-installed on one’s smartphone.

Well, Google is way more than that. From drones to advanced machine learning, Google has stepped into almost every booming sector in the industry out there. 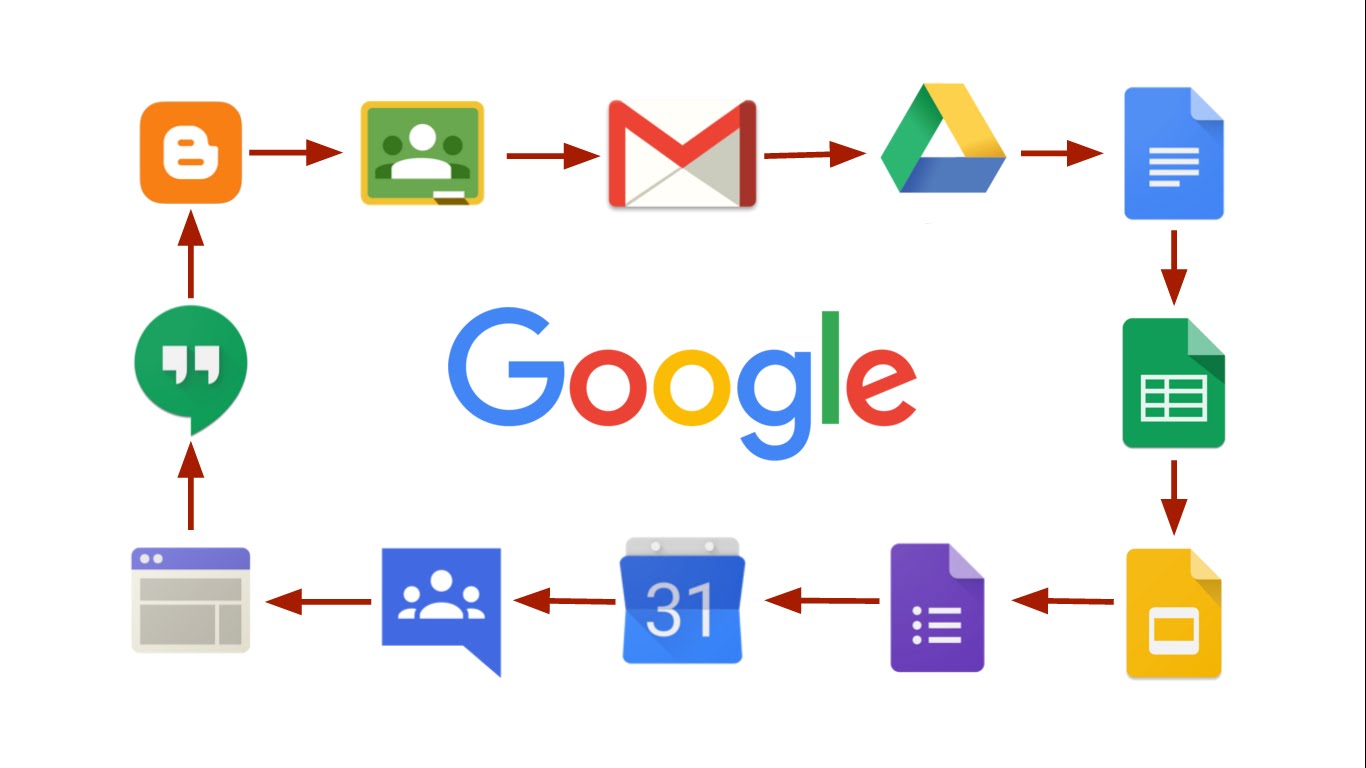 The big “G” has got some deep secrets it doesn’t want the common public to know. While some of these are really a part of the company’s “inside stuff”, some are merely those facts which most people don’t know yet.

For instance,
Why are most of Google’s services free of cost?
What the hell is going on with Google’s Knowledge Graph?
Is Google really working on building a star-trek like a machine?
This infographic aims to highlight 7 such secrets.
Contents

1. Google knows literally everything about you.

Google loves tracking your activities online. It knows about your search history, the locations you visit and even your voice searches. The data it possesses is enough to trace down your interests and everything you love.

So why does Google want to behave like that typical nose-poking aunt you hate? Well, Google makes good bucks by selling your data to the advertisers indirectly. (More on that later). Of course, advertisers love to sneak inside their potential customer’s minds. You can safely conclude that for advertisers, your data is equivalent to gold.

How do you know what information you are sharing? Well, Google has a personalised page dedicated to this, known as “My Account” . The page lets you control some of the things you’re sharing. We recommend you to check it out if you’re a privacy buff.

2. Google Neural Machine Translation (GNMT) enabled Google Translate to learn on its own through examples.

Well, this is not actually a secret, neither is it haunting. Google officially announced this fact some time ago, but interestingly, nobody gave much damn about it.
What feat did Google Translate achieve lately? Quoting from an article on Google Research Blog:
“In “Google’s Multilingual Neural Machine Translation System: Enabling Zero-Shot Translation” , we address this challenge [challenge of translating between multiple languages] by extending our previous GNMT system, allowing for a single system to translate between multiple languages. Our proposed architecture requires no change in the base GNMT system but instead uses an additional “token” at the beginning of the input sentence to specify the required target language to translate to. In addition to improving translation quality, our method also enables “Zero-Shot Translation” — translation between language pairs never seen explicitly by the system.”
In layman’s language, GNMT empowers Google to translate between languages it has never seen before.

Artificial intelligence has progressed leaps and bounds, isn’t it?

3. Google dreams of transforming its assistant to a Star-Trek computer.

Imagine yourself giving a command to a Star-Trek computer ten years down the line. How does it feel? Yes, Google has already plunged to transforming this dream into reality.

The company believes that machine learning has advanced to this extent and they can achieve this very soon. While you might have dealt with several assistants already, including Google’s very own assistant, this would be an entirely new experience.
If this becomes a reality, Google would secure an integral place in the market and rule the internet era for many more years.

4. 96% of Google’s Income comes from selling stuff to you.

Why do you think Gmail, Maps, Drive and almost everything else from the house of Google comes free of cost? Why does Google want you to use the apps for free while they gladly bear the expenses?

Ever heard of this quote?

By using these apps (and almost every service offered by Google), you agree to let the apps send information about your likes and dislikes, what you love to do and what you don’t, which products you buy, what you like to watch online, what you believe in and what not.

And what does Google do with this information? Simple. They sell this data to advertisers for money. Advertisers use this data to sell more targeted products and services.

Catch yourself next time you say “Google is a search engine”. It is, sure, but more than that.

5. Almost every Google’s hardware product is a copied concept.

This is not a point of criticism. You don’t need to be the first to be successful, you can always do better and outsmart your competitors.
Pixel is inspired by the iPhone. Google Home is copied from Amazon Tap. Even Android was developed looking at the success of Windows Phone and iOS, though it doesn’t come in the hardware category. Google felt the advent of mobiles could ruin their dominion.

Interestingly, none of them managed to gain popularity or a hype. Google Glass remained in beta forever. Motorola was given away to Lenovo.

6. Google is hiding a few places on Google Earth.

Try navigating to Baler Lake (Canada) on Google Earth. You will be surprised when you see this:
Google is hiding a few more places on Google Earth. These include, but are not restricted to Ramstein Air Force Base (Germany), Pacific Northwest (USA) and Mobil Oil Corporation (Buffalo).

Why does it do that? The reason still remains unknown.

Try searching for “Mahatma Gandhi (or any famous personality) quotes” on Google:
Similarly. Search for “Books by Ruskin Bond”,
“Chainsmokers Songs” or something like that. Google will present some information about the search results, which most probably will satisfy your query. You might even encounter these randomly, such as like this:
What you just saw is known as a “featured snippet”. Such semantic search results are powered by the “Google Knowledge Graph”, and Google is gearing up to make it the future of search.

How convenient would it be for the users to find the information in one click? Sure, it would be great. But what would happen to the bloggers and the internet marketers whose livelihood is based on this highly targeted organic traffic? This is one of the most pathetic Google secrets.